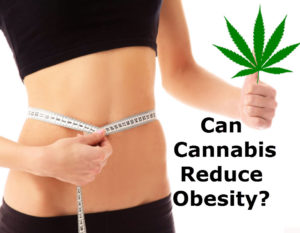 Myth or Fact? They mentioned that legalizing cannabis, a substance notorious for driving cravings of Cheetos, cookies, and chips, seems a dangerous prospect for a country already struggling with the highest obesity rate in the world. Scientifically, there is at least some evidence to support the old trope about weed enthusiasts’ insatiable craving for munchies.

But other studies have shown that for all this snacking, marijuana users are not necessarily predisposed to gaining weight, but rather the opposite: that cannabis use can assist in weight loss.

Like all substances that assist with weight loss, cannabis is, of course, nothing without a proper diet and exercise regimen. But the research investigating the association between cannabis use and weight loss seems promising.

Take for instance a 2011 study in the American Journal of Epidemiology, which concludes that “the prevalence of obesity is lower in cannabis users than in nonusers.”

The study analyzed two prominent surveys conducted by the National Institute on Alcohol Abuse and Alcoholism, and the  National Institute of Mental Health. In total, these two projects surveyed over 50,000 people about the frequency of their marijuana use. This data was then measured against respondents’ body mass index (BMI). This study also controlled for other factors like age, gender and whether these cannabis users are also tobacco smokers.

According to the researchers, “this analysis showed that even if cannabis consumption increases appetite, people using cannabis are less likely to be obese than people who do not use cannabis.” This is especially striking considering that, as the researchers admit, cannabis does increase a users appetite. Therefore, researchers have hypothesized that cannabis’ impact on obesity might be related to a chemical process in the stomach, which manages one’s level of “intestinal microbes” responsible for weight gain.

This point is worth restating: even though cannabis increases one’s appetite, it also appears to help decrease one’s weight.

This extraordinary finding is probably why other researchers, like those involved in a 2013 study published in The National Center for Biotechnology Information, appear openly baffled by their findings on marijuana’s connection to weight loss. The conclusion for this study reads “We, therefore, propose the seemingly paradoxical hypothesis that THC or a THC/cannabidiol combination drug may produce weight loss and may be a useful therapeutic for the treatment of obesity and its complications.”

These findings are also significant because, as the researchers for this study point out, obesity is one of the country’s—and in fact, the world’s—most easily preventable causes of death.

The research doesn’t end there, either.

In 2015, another study used mice to study the effects of THC, the psychoactive cannabinoid present in marijuana responsible for getting users “high.” After administering THC to both obese and normal-sized mice, the researchers found that the obese mice actually lost weight. As the researchers concluded, the THC “prevented high fat diet-induced increases in body weight and adiposity.” 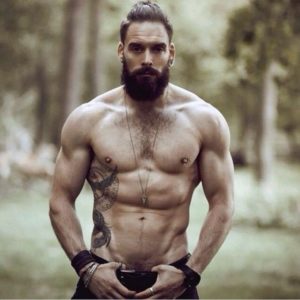 Marijuana users even apparently tend to have a “smaller waist circumference,” according to another 2013 study published in The American Journal of Medicine.

While the research on the connection between cannabis use and lower rates of obesity seem promising, it’s still a little early-on to proclaim cannabis as a miracle weight loss cure. This is because data exploring long-term trends are lacking, and while research conducted on mice can offer important findings, there is no replacement for actual human studies. This type of research is much trickier to conduct with cannabis’ prohibitionary status, which makes it difficult to obtain funding. Hopefully, further research will solidify the evidence that cannabis can be used to assist weight loss. But for now, marijuana enthusiasts can at least take solace that the evidence is in their favor.