Obesity isn’t just hurtful in physical appearance but it’s a health crisis affecting people of all ages, sexes, and socio-economic standards. The levels of obesity across the world have risen dramatically over the last 30 years, and health authorities are calling it one of the biggest epidemics of our time.

Recently, cannabis has received a lot of media attention, with some arguing that the drug, despite being known to produce a hard case of “the munchies,” is often associated with lower BMIs and rates of obesity. 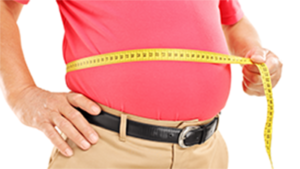 Obesity is a medical condition characterized by having an excess of body fat that puts the patient at risk of serious health complications. An adult patient is generally considered obese if their Body Mass Index (or BMI) is over 30kg/m2. Diagnosing obesity in children varies depending on age and sex, but children are usually considered obese if their BMI is higher than the 95 percentile.

World obesity statistics have increased dramatically over the last years, almost doubling since 1980. According to the World Health Organisation, over 600 million adults (or 12% of the entire world population of adults) across the world were obese in 2015. 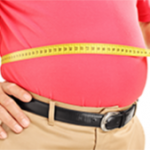 Obesity is typically caused by excessive calorie intake and a lack of physical exercise. However, genetic susceptibility also plays a big role in the development of obesity. Specific morphisms in genes controlling appetite and metabolism can predispose some people to developing obesity later on.

Obesity can also be associated with a variety of genetic conditions, including Prader–Willi syndrome, Bardet–Biedl syndrome, Cohen syndrome, and MOMO syndrome. Obesity is also a familial condition, with some studies suggesting that up to 80% of offspring from 2 obese parents go on to develop obesity as well.

Some of the main reasons obesity has become so much more prevalent around the world include changes to diet and physical activity. It is interesting to note that urban areas generally have higher rates of obesity, most likely caused by a greater availability of fast-food options, usually at lower prices than healthier alternatives.

Changes to work culture also play a big role in the increased rates of obesity around the world. With the increase of sedentary, desk or computer-based jobs, people are getting less physical activity from their regular daily activities as they may have gotten 30 or more years ago.

WHAT IS THE IMPACT OF OBESITY?

Obesity has a huge impact on the health of a patient, and greatly increases a person’s risk of developing other diseases and conditions, including:

Children who develop obesity are also at an increased risk of developing a disability in their later life or dying prematurely. Obese children also experience breathing difficulties, increased fractures, hypertension, insulin resistance, and much more.

HOW IS OBESITY TREATED AND PREVENTED? 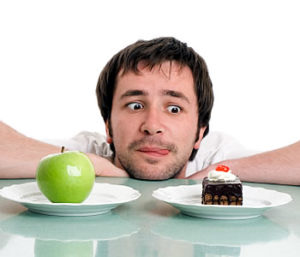 Despite being extremely prevalent in both adults and children and both high and low income families, obesity is preventable. It can mostly be prevented using a combination of lifestyle and dietary changes.

The main form of treating obesity involves dieting and physical exercise. Dieting usually involves not only lowering a patient’s food intake but also educating them about making smarter meal choices and straying away from unhealthy foods that are high in fats, sugars, and carbohydrates, and instead turning to natural, less-processed alternatives.

Dieting will generally stimulate weight loss in most patients, but keeping the lost weight off is something most obese patients struggle with. In order to keep off the weight they’ve managed to lose, most obese patients need to follow permanent lifestyle changes that affect both their physical activity and diet. Doing so, however, can be extremely challenging.

One of the most effective forms of treatments for obesity is bariatric surgery, which generally produces the highest rates of weight loss. However, these surgical procedures are very expensive and also put the patient at various risks, including: 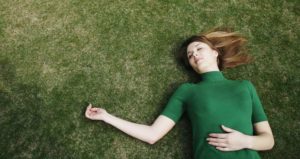 Medical marijuana has received a lot of media attention recently thanks to new research into the cannabis plant’s main compounds. This research has produced a growing body of evidence that compounds like THC and CBD may aid in the treatment/management of a wide variety of medical conditions and symptoms. Obesity may be one of those conditions.

The thought that cannabis could aid weight loss is counter-intuitive; anyone who has ever experimented with cannabis will likely have experienced “the munchies,” which probably left them digging out every last piece of food in their fridge or pantry.

Actually, the fact that cannabinoids like THC cause “the munchies” makes cannabis a very attractive medication for patients dealing with loss of appetite, rapid weight loss, or cachexia, conditions which are common among cancer and AIDS patients.

The fact that many of these patients turn to cannabis to help them improve appetite and gain weight makes it hard to see how cannabis could ever be used to help obese patients shred the pounds.

But new research suggests that there may be a correlation between regular cannabis use and lower BMIs.

A study published in the Journal of Mental Health Policy and Economics in 2016 made note of this correlation. The study, conducted by researchers at the University of Miami, looked at a sample of 13,000 participants.

And despite how surprising these statistics might seem, this actually isn’t the first time researchers have noticed a difference in weight and shape between cannabis users and the non-using population.

A 2015 study published in Obesity Biology and Integrated Physiology found similar results. Out of the 786 participants in the survey, roughly 56% self-reported using cannabis. Among those who reported using cannabis, researchers noted lower BMIs, lower body fat mass, and lower fasting insulin, even after adjusting for numerous confounding variables.

So, is this enough to warrant the idea that cannabis could help lower obesity rates? Well, some researchers believe so.

In a study published in the journal Health Economics, researchers from San Diego State University and Cornell University found that legalizing marijuana was associated with 2-6% decline in obesity probability.

Sounds bizarre, right? Well, here’s the reasoning behind this conclusion:

The researchers analyzed over 20 years of data from the US federal Behavioral Risk Factor Surveillance Survey to see how the increased availability of medical marijuana affected a variety of health outcomes.

During the scope of the data analyzed, numerous states in the US passed medical marijuana bills. In these areas, researchers noted a decline in obesity and lower BMIs. The researchers tried to explain the possible causes for this trend, and speculated that an increased availability of medicinal cannabis may lead to:

It is important to note that this study received a fair amount of criticism. Nonetheless, it is interesting to note.

Unfortunately, there is no clear answer as to whether cannabis can effectively treat obesity. It seems unlikely, seeing as THC generally causes heightened levels of food intake and cravings for particularly unhealthy food options.

However, recent studies make it clear that cannabis users tend to have lower BMIs than non-users. This is an interesting trend given the drug’s efficacy as an appetite stimulant, but it isn’t enough to confidently say that cannabis use can lower a person’s BMI.

As is often the case with medical marijuana, more research into this field is needed in order for us to come to clear conclusions about the relationship between obesity and cannabis.