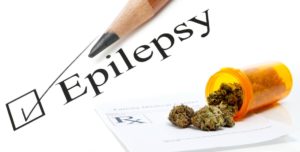 Little did everyone knows but cannabis has been used as a treatment for pediatric epilepsy for decades though much of the public conversation started with the story of Charlotte Figi, a 6-year-old Dravet Syndrome sufferer whose seizures were greatly reduced after taking large doses of cannabidiol, or CBD, derived from the cannabis plant.

Charlotte’s story, as told by Dr. Sanjay Gupta, inspired numerous parents to try medical marijuana to treat their children’s epilepsy (with seemingly great success), often forcing them to leave behind their homes, families and careers in the process. But are these “marijuana refugees” really curing their children’s debilitating conditions or are they simply following the hype and falling victim to the placebo effect? 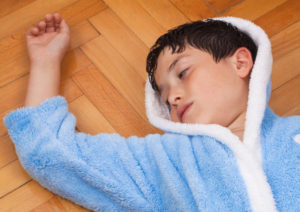 Epilepsy is a neurological disorder characterized by recurrent, unprovoked seizures. It may be caused by brain injury, family history or other unknown reasons and can affect people of all ages. Though many types of epilepsy can be controlled with medication (albeit with unfavorable side effects half the time), some sever forms of epilepsy like Dravet Syndrome (which is caused by a gene mutation in the brain) are less receptive to treatment. Children with treatment-resistant epilepsy often also suffer have developmental disabilities, sensitivity to infection, frequent triggers (such as light, stress or emotional situations), growth and nutrient problems and reduced mobility.

Is the cure cannabis? 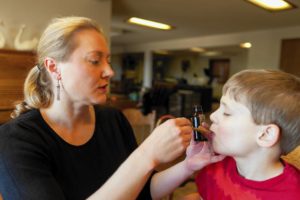 Cannabis’s effectiveness in treating epilepsy has been well documented. Aside from Charlotte Figi, numerous others have experienced a significant drop in epileptic symptoms shortly after beginning cannabis therapy. Though relapse seems common a few days after ceasing cannabis medication, one study shows continuous use of cannabis to significantly improve both motor and cognitive functions in epilepsy patients. The study found CBD to be most effective when used in conjunction with other anti-seizure medications.

Unfortunately, research into the effectiveness of CBD and other cannabinoids in seizure mitigation is few and far between (largely due to its federally-illegal status) with much of the research being performed as open-label (meaning the patients knew what they were consuming – no placebo is used to test the authenticity of their claims) which often result in biased answers. For example, a 2015 study from the University of Colorado revealed that families of patients who moved to Colorado for medical marijuana witnessed improvement 47 percent of the time. Compare that to families already living in Colorado who witnessed improvement only 22 percent of the time and it’s easy to see how simply wanting the treatment to be effective can be enough to sway the masses into believing.

Nevertheless, it is apparent that more research needs to be done to determine the efficiency of cannabis as a treatment for epilepsy. Research is currently underway in Colorado to test cannabis’s effectiveness at treating pediatric epilepsy (among other things) and is currently in Phase III at the Children’s Hospital Colorado where researchers hope to determine CBD’s exact role in epilepsy treatment using a pharmaceutical grade CBD oil called Epidiolex. 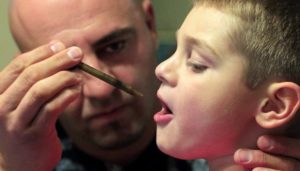 It’s difficult for some parents to attain the medical-grade cannabis they need to treat their children’s epilepsy because of limited research and thus the inability of physicians to recommend it. Anecdotal evidence supporting cannabis as a treatment for epilepsy is abundant, however, and has inspired thousands of parents across the nation to push for more lenient medical marijuana laws. In an article published by NBC News, one parent explained that:

“This is something that needs to happen across the country so that every child who might need this would have access…Why should the state lines be the factor as to whether my child can get help or not?”

In other words, because of varying laws across the nation regarding cannabis as medicine, the location of an epileptic child may literally be a matter of life and death.

While we wait for cannabis legalization to sweep the nation (at least for medical purposes), many parents are taking their children’s health into their own hands. Armed with countless blogs and Facebook stories about the effectiveness of cannabis in treating pediatric illnesses like autism and epilepsy, these parents are either moving to 420-friendly states or traveling across the nation to acquire their children’s medicine — and they’re breaking all sorts of federal laws in the process. Though there is concern about contaminants and a lack of regulatory oversight concerning cannabis products, many parents feel it is their right – neigh their duty – to take back the right to make healthcare decisions concerning their children. There are even support groups to help parents navigate the process of (sometimes illegal) pediatric cannabis therapy.

The idea of ‘experimenting on children’ can leave a bad taste in anyone’s mouth, but that is essentially what many parents are doing when they choose to medicate their children with cannabis without a doctor’s consent. However, because research is so limited (and government funding for medical cannabis so difficult to come by), many parents are left with no other options than to try cannabis in a last-ditch effort to save their children. The good news is that growing public support for these parents has inspired the need for more research into the matter. As stories like Charlotte Figi’s spread across social media (and word of mouth), public perception about pediatric cannabis use will continue to improve, rousing a movement by the people for the people and our rights to medicate ourselves – and our families – however we see fit. Further research into the matter will solidify the concept of cannabis as medicine.

Pediatric epilepsy has long been an arguing point for medical cannabis, but research into the effectiveness of cannabis as pediatric medicine is hard to acquire due to the morality of medicating children with an illicit substance. But with time – and a boat load of government funded research – we’ll soon be able to tell our suffering children that the help and support they need to lead full lives is finally growing.