A warm Congratulations Montana! The decision expands the state’s medical marijuana laws. Now, Licensed medical marijuana providers can serve more than three patients at a time. In addition to that, it now allows them to hire employees to grow, dispense and distribute medical marijuana. It is not legal to grow marijuana at home but it is a step in the right direction.

There aren’t many places to smoke and grow weed in the northwest half of the United States. Unless you get past Idaho or head east to Minnesota, the Central and Northwest part of the country is an area of unfriendly weed opponents. Montana is the exception. The state’s small medical program allows for Montana weed growing even though it is unpopular in the area. It’s a step toward full legalization that will, hopefully, encourage its neighbors to follow suit.

The Montana medical marijuana program lets patients with wasting syndrome, chronic pain, nausea, seizures and severe or persistent muscle spasms treat their conditions with marijuana as well as have one ounce of marijuana on them at any time. They are also allowed to grow up to twelve plants, with four mature plants at one time.  Caregivers are allowed to grow cannabis for patients, as long as they do not charge for their services. 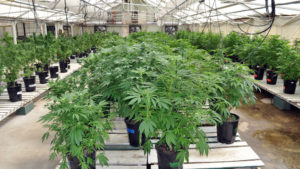 Montana makes it easy for anyone to grow marijuana.  You simply need to be a patient, or know a patient to grow for. If, for some reason, you cannot meet one of these qualifications, you risk a felony with up to 10 years in jail. It’s hard to imagine why anyone would do that when it is very easy to become a patient or grow for a patient, yet anything is possible.

No matter how you plan to grow your marijuana in Montana, you’ll learn some valuable tips by downloading and reading the Marijuana Grow Bible.  Not only does it explain how to grow in any situation, it also discusses the best way to grow for both medical in non-medical uses. I’ve been growing marijuana for so many years, and I felt it was time to share some of my knowledge. The Marijuana Grow Bible is where I wrote it all down. 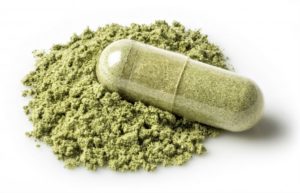 Montana has a medical marijuana program, but it is not decriminalized. This means those caught with marijuana could get into serious trouble if they are not a medical patient.  Not only is Montana weed growing a felony without medical need, looking like you intend to sell it is also a felony.   Montana has mandatory jail time sentences for those convicted of selling weed and misdemeanor charges for all forms of possession. Those arrested for possession (that are not patients) will be required to take a drug education course.

Being surrounded by Idaho and the Dakotas, Montana is on its own with its marijuana policies. Although Montana weed growing is a unique situation for the area, it doesn’t mean that Montana is very weed- friendly. If you aren’t a part of their medical program, you are at risk for very stiff penalties.  The good news is: Montana has a conditional release program. This means first time offenders are often given probation or drug education classes.  If you keep your grow very small, not only are you less likely to get caught, you’ll probably be in a lot less trouble.